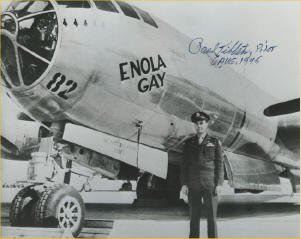 To the end of his days, Paul Warfield Tibbets Jr. believed that dropping the first atomic bomb on Hiroshima was a justifiable means of shortening World War II and preserving the lives of hundreds of thousands of American servicemen who military experts said might have died in a final Allied invasion of Japan.