IN THE MOOD - GLENN MILLER ORCHESTRA

The Boeing 787 Dreamliner(pictured) makes its
inaugural commercial flight, from Tokyo toHong Kong.
The Boeing 787 Dreamliner is a long-range, mid-size wide-body, twin-engine jet airliner developed by Boeing Commercial Airplanes. It seats 210 to 290 passengers, depending on the variant. Boeing states that it is the company's most fuel-efficient airliner and the world's first major airliner to use composite materials for most of its construction. The 787 consumes 20% less fuel than the similarly-sized Boeing 767. Some of its distinguishing features include a four-panel windshield, noise-reducing chevrons on its engine nacelles, and a smoother nose contour.
Read more
Posted by Jack WB9OTX at Thursday, October 27, 2011 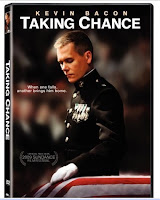 Not very often do I see a movie that has no cuss words or sex. I have watched this movie three time and in time will watch it again I'm sure. It is a very sad movie and carries a true story. You can rent it or buy it from Amizon.com The story line hit home with me as I did a video for Cpl. John C. Bishop USMC when his body was returned home to Versailles. Watch the movie, you will like it...... Jack
.....................................................................
Based on the true experiences of Lt. Colonel Michael Strobl, who wrote eloquently of them in a widely circulated 2004 article, Taking Chance is a profoundly emotional look at the military rituals taken to honor its war dead, as represented by a fallen Marine killed in Iraq, Lance Corporal Chance Phelps. Working as a strategic analyst at Marine Corps Base Quantico in VA, Lt. Col. Strobl (Kevin Bacon) learns that Phelps had once lived in his hometown, and volunteers to escort the body to its final resting place in Wyoming. As Strobl journeys across America, he discovers the great diligence and dignity in how the military, and all those involved with preparing and transporting the body, handle their duties. Equally important, he encounters hundreds of people affected by Chances death, a vast majority of whom never knew him. This collective grieving eventually causes Lt. Col. Strobl, a veteran of Desert Storm now assigned to office duty, to probe his own guilt about not re-deploying to Iraq for the current conflict. Arriving in Wyoming, Lt. Col. Strobl completes his catharsis when he encounters Chances gracious family and friends, and discovers an extraordinary outpouring of community support.
Posted by Jack WB9OTX at Sunday, October 23, 2011

After posting the below video I watched Freddie singing Palisade Park. This song was a favorite of mine, but my girlfriend hated it. This was because everytime we were riding around in my '57 Chev I would turn the volume up very very loud when it came on. At any rate this song sure brought back good memories for an 'ol geezer like me......... Jack

Palisades Amusement Park was an amusement park located in Bergen County, New Jersey, across the Hudson River from New York City. It was situated atop the New Jersey Palisades lying partly in Cliffside Park and partly in Fort Lee. The park operated from 1898 until 1971, remaining one of the most visited amusement parks in the country near the end of its existence. Essentially, it became a victim of its own success and inadequate facilities to deal with the generations of families and children who flocked to its gates. After the park closed, a high-rise luxury apartment complex was built on its site.
Posted by Jack WB9OTX at Thursday, October 20, 2011

Dion and the Belmonts were a leading American vocal group of the late 1950s. The group formed when Dion DiMucci joined The Belmonts - Carlo Mastrangelo, Freddie Milano, and Angelo D'Aleo - in late 1957. After an unsuccessful first single, the group were signed to Laurie Records. Their breakthrough came when «I Wonder Why» made # 22 on the Billboard Hot 100 chart, and the group appeared for the first time on the Dick Clark TV show. They followed it with the ballads «No One Knows» (#19) and «Don't Pity Me» (#40). This success won Dion and the Belmonts their first major tour in late 1958, with The Coasters, Buddy Holly and Bobby Darin, and this was followed up by the «Winter Dance Party» tour with Holly, Ritchie Valens and The Big Bopper. On 2 February 1959, after playing at the Surf Ballroom, Dion decided that he could not afford the $36 cost of a flight to the next venue. The plane crashed, and Holly and the other stars were killed. However, the tour continued, with Jimmy Clanton and Bobby Vee being added to the bill. In March 1959, Dion and the Belmonts' next single, «A Teenager in Love», was released, making #5 in the Billboard Hot 100 and #28 in the UK Singles Chart, and this was followed by an album, Presenting Dion and the Belmonts. Their biggest hit, «Where or When», was released in November 1959, and reached #3 on the Billboard Hot 100. However, in early 1960, Dion checked in to hospital for heroin addiction, a problem he had had since his mid-teens.
Posted by Jack WB9OTX at Thursday, October 20, 2011

Click to see the original post and her photo.
I was reading a page in your blog from Tuesday, July 14, 2009, on the ref’d. Howdy Doody character. Noticed that someone told you that the “puppet” replaced the live actress, Judy Tyler, after her death in an auto accident. Actually, the original character was a “puppet” and Tyler replaced the puppet in 1951 or 52, in a “mystical” smoke filled episode of the show where the Princess was changed to a live person. Tyler left the show in 1953 or 55(depending on the source you read) to pursue an acting career, and was in a Rogers & Hammerstein musical, Pipe Dream, then got a role in Jailhouse Rock, opposite Elvis. She was killed in a car accident shortly after finishing that in 1957. She was replaced as the Princess when she left the show in 1953 or 55 by actress, Gina Genardi, who was replaced by Linda Marsh, or vice versa(depending on the source) until the end of the show in 1960.
http://www.doodyville.com/trivia.cfm & all the sites about Tyler & Howdy Dowdy). Why am I writing this? I don’t know. I guess for the same reason you do your blog, and was “googling” for info on Howdy Doody & other old TV shows when I saw yours.
Good luck,
Ford
Posted by Jack WB9OTX at Wednesday, October 19, 2011 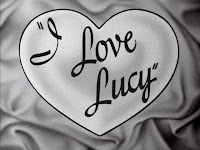 I Love Lucy is an American television sitcom starring Lucille Ball, Desi Arnaz, Vivian Vance, and William Frawley. The black-and-white series originally ran from October 15, 1951, to May 6, 1957, on the Columbia Broadcasting System (CBS). When the original series ended, the show continued for three more seasons with 13 one-hour specials, running from 1957 to 1960, known first as The Lucille Ball-Desi Arnaz Show and later in reruns as The Lucy-Desi Comedy Hour.
I Love Lucy was the most watched show in the United States in four of its six seasons, and was the first to end its run at the top of the Nielsen ratings (an accomplishment later matched by The Andy Griffith Show and Seinfeld). I Love Lucy is still syndicated in dozens of languages across the world.
Read More
Posted by Jack WB9OTX at Saturday, October 15, 2011

Read the history of the USA Navy
Posted by Jack WB9OTX at Thursday, October 13, 2011

The things I do

http://www.foxnews.com/
Just to be fair & balanced on this Blog, look at the other side of the coin.
http://www.cnn.com/
Posted by Jack WB9OTX at Friday, October 07, 2011

A video I had forgotten, made several years ago

Create your own video slideshow at animoto.com.

100 speeches
Everyone will not like this page, But I am a history buff. So this is for the few like me.
My favorite speach: Why can't we elect a president like this one.
And my 2nd one: General Douglas MacArthur
See/Hear all of the 100
Posted by Jack WB9OTX at Monday, October 03, 2011

October second brought the first frost of this Fall. A Ham Radio friend and I left for a radio swap fest at 6am to Bedford Indiana, there was fog in the valleys and near the creeks and streams on our way. I have been attending this swap fest for about 30 years and it has always been very well attended. Last year the crowd was lower, but this year I was amazed, the attendance was about one forth compared to last year. I made the comment to my friend,"there isan't enough people here to start a good fight". Some blame it on eBay, others say it is the economy. I think it is all of the above but the new and young just don't do Ham Fests. The new Hams do not communicate like the ol' timmers did. Seems they don't make friends and do not talk or attend anything like the old guys did. "Things Change" I guess. I will have to mow the yard one more time it looks like. In past years the last grass cutting was the end of September or the week before Pumpkin Show. With Fall arriving the leaves will be changing into beautiful colors. I'll be breaking out the camera and posting a few pictures on the Web soon. It is to warm into the seventies later in the week, this will let me do the things to preparer for the on-coming cold and snow. I don't mind the Winter too much, it is just the fact you must endure living in Indiana. I don't think I would want to live anywhere else. ........ Jack
Posted by Jack WB9OTX at Monday, October 03, 2011