Where is Jimmy" Hoffa ? 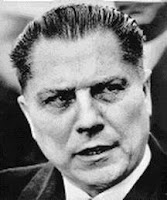 Hoffa was involved with the International Brotherhood of Teamsters union, as an organizer from 1932 to 1975. He served as the union's General President from 1958 to 1971. He secured the first national agreement for teamsters' rates in 1964, and played a major role in the growth and development of the union, which eventually became the largest single union in the United States, with over 1.5 million members during his terms as its leader.

Hoffa, who had been convicted of jury tampering, attempted bribery, and fraud in 1964, was imprisoned in 1967, sentenced to 13 years, after exhausting the appeal process. However, he did not officially resign the Teamsters' presidency until mid-1971. This was part of a pardon agreement with U.S. president Richard Nixon, in order to facilitate Hoffa's release from prison in late 1971. Nixon blocked Hoffa from union activities until 1980; Hoffa was attempting to overturn this order and to regain support. He was last seen in late July 1975, outside a suburban Detroit restaurant called the Machus Red Fox.[3]

Rear Admiral Sean Buck, the son of a career naval officer and a native of Indianapolis, Ind., is a 1983 graduate of the United States Naval Academy where he earned a BS in Physics/Oceanography. He was designated a naval flight officer in 1985. Flying the P-3C Orion, his early at-sea operational tours were in Patrol Squadron (VP) 40, a disassociated sea tour in USS Theodore Roosevelt (CVN 71) as the V-2 Catapult and Arresting Gear Division officer, and in VP 26. He subsequently commanded VP 26 and Patrol and Reconnaissance Wing 11. His shore and staff assignments include Air Test and Evaluation Squadron (VX) 1, the Bureau of Naval Personnel as the Aircraft Carrier placement officer, The Joint Staff J3 as an air operations officer in the Reconnaissance Operations Division, the chief of naval operations staff as executive assistant to the deputy CNO for Warfare Requirements and Programs, and the United States Joint Forces Command as the deputy director for Operations in the Strategy and Policy Directorate. Prior to major command, he completed an interim assignment with the National Reconnaissance Office serving as the deputy director of the Naval NRO Coordination Group. It was during this assignment that he earned a spot in the Navy’s Space Cadre.
Read More
Posted by Jack WB9OTX at Thursday, July 29, 2010 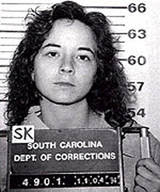 Susan Vaughan Smith of Union, S.C. was convicted on July 22, 1995, and sentenced to life in prison for murdering her two sons, Michael Daniel Smith, 3, and 14-month-old Alexander Tyler Smith.
Read the full story
Posted by Jack WB9OTX at Thursday, July 29, 2010

The B-17 was primarily employed by the United States Army Air Forces (USAAF) in the daylight precision strategic bombing campaign of World War II against German industrial, civilian, and military targets. The United States Eighth Air Force based in England and the Fifteenth Air Force based in Italy complemented the RAF Bomber Command's nighttime area bombing in Operation Pointblank to help secure air superiority over the cities, factories and battlefields of Western Europe in preparation for Operation Overlord.The B-17 also participated to a lesser extent in the War in the Pacific where it conducted raids against Japanese shipping and airfields.
Read More
Posted by Jack WB9OTX at Wednesday, July 28, 2010

My wife has a vista laptop, I just bought a Windows 7 net book and neither will connect properly to my XP printer on the network. I am not a smart guy and there may be a way to do it, but for the common person it will be a nightmare to figure it out. I would just like to tell Bill Gates "thanks for nothing Bill". If its not broke don't fix it !
Posted by Jack WB9OTX at Friday, July 23, 2010

Post was born in Grand Saline, Texas (Van Zandt County), to farmer parents William Francis and Mae Quinlan Post, but his family moved to Oklahoma when he was five. His aviation career began at age 26 as a parachutist for a flying circus, Burrell Tibbs and His Texas Topnotch Fliers, and he became well known on the barnstorming circuit. On October 1, 1926, an oil field accident cost him his left eye, but he used the settlement money to buy his first aircraft. Around this time, he met fellow Oklahoman Will Rogers when he flew Rogers to a rodeo, and the two eventually became close friends. Post was the personal pilot of wealthy Oklahoma oilmen Powell Briscoe and F.C. Hall in 1930 when Hall bought a high-wing, single-engine Lockheed Vega, one of the most famous record-breaking aircraft of the early 1930s. The oilman nicknamed it, the Winnie Mae, after his daughter, and Post achieved his first national prominence in it by winning the National Air Race Derby, from Los Angeles to Chicago. The fuselage was inscribed, "Los Angeles to Chicago 9 hrs. 8 min. 2 sec. August 27, 1930." Adam Charles Williams finished second with a time of 9 hrs. 9 min. 4 sec.
Read more 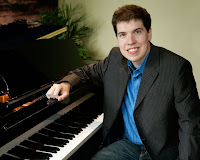 I just received an email from Floyd Cramer's Son-in-law and I wanted to pass the information he included on to you. It seems that some of the ivory that was so much imbedded into Floyd's fingers has been passed down to his Grandson, Jason Coleman. Jason has a Web Page that is promoting The Legacy of Floyd Cramer Concert Tour starting in September. Please visit Jason's page for more information
www.jasoncolemanmusic.com
While there please play the video to see/hear a sample of Jason's talent.
Posted by Jack WB9OTX at Sunday, July 18, 2010

The Hits just keep on coming 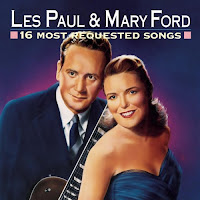 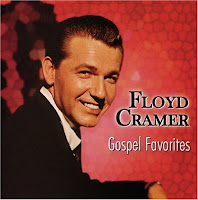 While I'm thinking about old performers, Here is another one of my favorites:

Floyd Cramer (October 27, 1933 – December 31, 1997) was an American Hall of Fame pianist who was one of the architects of the "Nashville Sound." He popularized the 'slip note' piano style where one note slides effortlessly into the next. This was a major departure from the percussive piano style which was popular in the late 1950s.

Born in Shreveport, Louisiana, Cramer grew up in the small town of Huttig, Arkansas, teaching himself to play the piano. After finishing high school, he returned to Shreveport, where he worked as a pianist for the Louisiana Hayrideradio show. After Cramer relocated permanently to Nashville, Allen "Puddler" Harris, a native of Franklin Parish in northeastern Louisiana, replaced him as the pianist for the Hayride. 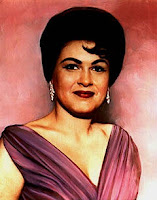 It started with a 5 tube A M radio with a dark brown wood case. This radio belonged to my brother and when he was away I tuned across the dial to hear the sounds of WSM, WLW, WOWO, and others. One of my favorite singers was Patsy Cline. I loved her songs and do till this day, but I didn't really know of her life. With a few clicks at Wikipedia, the free encyclopedia, told all. Below is the first few paragraphs. Read the full article at Wikipedia. There are most of her hit songs placed on YouTube, just do a search to find them. Here is one of her best:


Patsy Cline (September 8, 1932 – March 5, 1963), born Virginia Patterson Hensley, was an American country music singer who enjoyed pop music crossover success during the era of the Nashville sound in the early 1960s. Since her death at age 30 in a 1963 private airplane crash at the height of her career, she has been considered one of the most influential, successful and acclaimed female vocalists of the 20th century. Cline was best known for her rich tone and emotionally expressive bold contralto voice,[1] which, along with her role as a mover and shaker in the country music industry, has been cited as an inspiration by many vocalists of various music genres. Her life and career have been the subject of numerous books, movies, documentaries, articles and stage plays. Her hits included "Walkin' After Midnight", "I Fall to Pieces", "She's Got You", "Crazy" and "Sweet Dreams". Posthumously, millions of her albums have sold over the past 50 years and she has been given numerous awards, which have given her an iconic status with some fans similar to that of legends Johnny Cash and Elvis Presley. Ten years after her death, she became the first female solo artist inducted to the Country Music Hall of Fame.
Posted by Jack WB9OTX at Thursday, July 15, 2010

Its not what you know its who you know 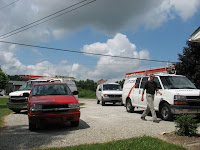 When the pressure is on ComCast reacts !
Posted by Jack WB9OTX at Monday, July 12, 2010 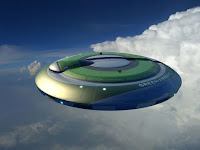 After various news agencies reported the capture of a "flying disc" by U.S. Air Force personnel from the Roswell Army Air Field in Roswell, New Mexico, the U.S. Military issued a press release maintaining that what was actually recovered was debris from an experimental high-altitude surveillance weather balloon.
Read the Full Story
Posted by Jack WB9OTX at Thursday, July 08, 2010

They Fought For You

When I watched the video tears came to my eyes,
with the though I can't imagine﻿ life without freedom.

the 4th of july 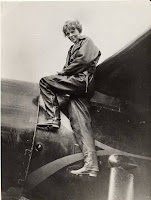 1937 – Aviation pioneer Amelia Earhart and navigator Fred Noonan disappeared over the Pacific Ocean during an attempt to make a circumnavigational flight.

Just a page I look at each day.


I may be old but I'm not dead