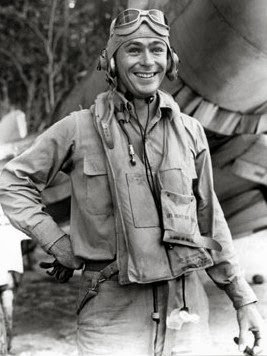 John Franklin Bolt (19 May 1921 – 8 September 2004) was a United States Marine Corps aviator and a decorated flying ace who served during World War II and the Korean War. He remains the only US Marine to achieve ace status in two wars and rose to the rank of lieutenant colonel during his military career. He was also the only Marine jet fighter ace.
Read more about him


From Wikipedia, the free encyclopedia

Feb.24th 1920 – At a meeting of the German Workers' Party, Adolf Hitler outlined the party's 25-point program and the party changed its name to the Nazi Party.
Read More

On the 17th day of February 2014 I seen several buzzards trying to gain lift over the hills up from the river near Madison, In. I did not see any here in Versailles till today Feb. 23rd. I always note the day I see the first buzzard. I have noted that if the Winter is warm the birds do not leave for the South at all, this was the case last year 2012/13. Here is an article about Hinckly, Ohio celebrating the buzzard return each Spring.
http://hinckleytwp.org/content/buzzard-day-history
Posted by Jack WB9OTX at Sunday, February 23, 2014

lunar distance - how high the moon

In astronomy, a lunar distance (LD) is a measurement of the distance from the Earth to the Moon. The average distance from Earth to the Moon is 384,400 km (238,900 mi). (about 389 LD is 1 AU, the Earth-Sun distance) The actual distance varies over the course of the orbit of the moon, from 363,104 km (225,622 mi) at the perigee and 405,696 km (252,088 mi) at apogee, resulting in a differential range of 42,592 km (26,465 mi).
High-precision measurements of the lunar distance are made by measuring the time taken for light to travel between LIDAR stations on Earth and retroreflectors placed on the Moon.
The Moon is spiraling away from Earth at an average rate of 3.8 cm (1.5 in) per year, as detected by the Lunar Laser Ranging Experiment. The recession rate is considered anomalously high. By coincidence, the diameter of corner cubes in retroreflectors on the Moon is also 3.8 cm (1.5 in).
Read More
From Wikipedia, the free encyclopedia

Lots of changes have been made in the page and image.
See it at:
http://webcam.wb9otx.com/cam/
Posted by Jack WB9OTX at Friday, February 14, 2014

the world of Ham Radio

What a day in the world of Ham Radio. Propagation has not been this good for 11 years. This cycle has been very slow in the beginning but it has peaked late, many days in the last month have been 150 or above. This morning on 28 Mhz. (10 meters) operating a digital mode of JT65 and QRP power of only 2 watts I have worked all over Eastern and Western Europe. Two days ago I worked Australia on 40 meters with 10 watts of power. If you have not tried JT65 & JT9 you are missing tons of low power QSOs. Give it a try, you'll like it......... Jack WB9OTX
Posted by Jack WB9OTX at Monday, February 10, 2014

English rock band The Beatles (pictured) made their first appearance on American variety show The Ed Sullivan Show before a record-breaking audience, beginning a musical phenomenon known as the British Invasion.
Read More

The Ed Sullivan (pictured)  Show is an American TV variety show that originally ran on CBS from Sunday June 20, 1948 to Sunday June 6, 1971, and was hosted by New York entertainment columnist Ed Sullivan. It was replaced in September 1971 by the CBS Sunday Night Movie, which ran only one season and was eventually replaced by other shows
In 2002, The Ed Sullivan Show was ranked #15 on TV Guide's 50 Greatest TV Shows of All Time.
Read More 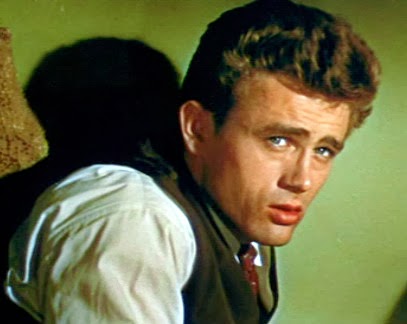 James Byron Dean (February 8, 1931 – September 30, 1955) was an American actor. He is a cultural icon of teenage disillusionment, as expressed in the title of his most celebrated film, Rebel Without a Cause (1955), in which he starred as troubled Los Angeles teenager Jim Stark. The other two roles that defined his stardom were as loner Cal Trask in East of Eden (1955), and as the surly ranch hand, Jett Rink, in Giant (1956). Dean's enduring fame and popularity rest on his performances in only these three films, all leading roles. His premature death in a car crash cemented his legendary status.
Dean was the first actor to receive a posthumous Academy Award nomination for Best Actor and remains the only actor to have had two posthumous acting nominations. In 1999, the American Film Institute ranked him the 18th best male movie star on their AFI's 100 Years...100 Stars list.
Read More From Wikipedia, the free encyclopedia

Labels: East of Eden, James Dean, Rebel Without a Cause

The Day the Music Died, so dubbed by a lyric in the Don McLean song "American Pie," is a reference to the deaths of rock and roll musicians Buddy Holly, Ritchie Valens, and J. P. "The Big Bopper" Richardson, in a plane crash near Clear Lake, Iowa, on February 3, 1959. Pilot Roger Peterson was also killed.
Read article from wikipedia

Read all of my past posts on this 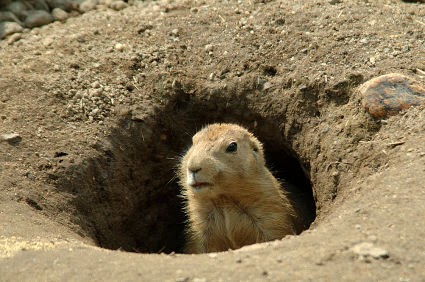