The observatory's 1,000 ft radio telescope is the world's largest single-aperture telescope. It is used in three major areas of research: radio astronomy, aeronomy, and radar astronomy. Scientists who want to use the telescope submit proposals that are evaluated by an independent scientific board.The telescope has made appearances in motion picture and television productions and got more recognition in 1999 when it began to collect data for the SETI@home project. It has been listed on the American National Register of Historic Places beginning in 2008.It was the featured listing in the National Park Service's weekly list of October 3, 2008. The center was named an IEEE Milestone in 2001.
Read MORE 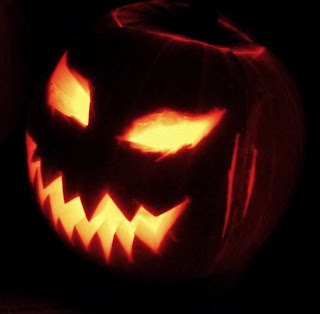 As you know if you are a reader of this blog I installed a propagation beacon earlier this year. I have multiple reports of East / West propagation ranging from all over Europe to the West Coast ranging from California, Nevada,Washington, and Oregon  but never yet from North / South. Stations report of what they hear every day from Texas, Alabama, Florida, Canada, and others from North / South without any reports from my beacon. This seems very strange to me but It may change as the spiratic E season approaches nearing December. The Maximum Usable Frequency "MUF" has not been this high for years, today the flux was almost 160. This 11 year cycle has been very poor for propagation. Hopefully the high numbers will prevail for some time to come. Listen at 28.2995 CW for my beacon 24/7/365.
See the Flux numbers for today here 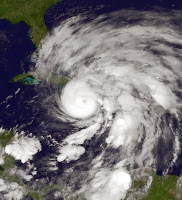 Hurricane Sandy was the deadliest and most destructive hurricane of the 2012 Atlantic hurricane season, as well as the second-costliest hurricane in United States history.
Read more at Wikipedia

Oct. 28th 1886, In New York Harbor, U.S. President Grover Cleveland dedicated the Statue of Liberty, a gift from France, to commemorate the centennial of the Declaration of Independence.

Today I decided to reload my laptop with a fresh clean copy of XP.  But there is a problem,  The product windows key is unreadable from the sticker on the underside of the computer. What to do ? In comes Google or Bing. I did a search for "Windows Key Finder" and after viewing several scam sites I landed on a perfect program, and free.
Get it HERE
Get this program and print out the key, tape it to the inside of the case as you may need it like I did. Without the key you may have to spend $300 plus to buy another.
Posted by Jack WB9OTX at Thursday, October 24, 2013

G-Lock SpamCombat – helps fight spam and delete unwanted emails, before landing in your inbox. This is a 100% FREE self learning system that 'automatically' detects spam with great precision and accuracy, adapts to new types of spam, plus, it stops viruses and malicious code.

This is a free to use program if you have only one email address to check. I have been using this program for years and it helps speed up reading my mail. I get 100 plus emails a day and I only want to read about 10 of them. It will take a week or two for you to train the program as what is a good or bad email.
Read more about it and down load it HERE
......... Jack

The postman dropped off this little QRP rig today about noon. I had to solder the power connector on witch took about 15 minutes, I put an adapter on the BNC antenna receptacle so I could use a PL259. I flipped the power on and the internal speaker came to life. I got a stiff neck bobbing  my head to focus my bifocals in on the very small LED menu. Its going to take a few days to remember all the menu ajustments. The first contact was to a station in So. Dakota on the 20 meter SSB band, my report was 44. The second contact was on 75 meters and the guys couldn't get over how good I sounded with only 4 watts of power. I was running S8 to 9 with good audio. I called CQ on the 20 meter QRP frequency but received no replies. Tomorrow is another day and I can't wait for 15 & 10 to open up. I'm going to build a portable antenna for 40 and 20, also a small nicad battery pack to operate portable back packing. I can run 1500 watts with other radios I have but I get a bigger kick out of the flea power this little radio puts out..... Jack WB9OTX
Flash: 10/20/13 Ten meters was open today. I worked about 12 or 15 stations all over Europe. I am getting more proficient with the menu commands now. A great fun radio, I love it !!
Posted by Jack WB9OTX at Thursday, October 17, 2013

A few years ago I posted an article on Mr. Jasper S. Bilby, formerly Chief Signal Man in the Coast Survey in my Blog. Now this week (8/7/13 to 8/11/13) a Bilby tower has been erected in the Osgood Park. (Tanglewood & W.CR 300N) to commemorate his life achievements. I captured a few photos of the erection of the tower over a three day span. See them HERE
I'm sure a plaque, fence, and landscaping will be added, I will follow up with photos as the site progresses. .... Jack

The below marker is at the corner of Tanglewood Rd and Co. Rd 200 N about a mile south of Osgood. This farm belonged to Mr.  Bilby at one time and in his work is referred to as the Glasgow marker. There is also one of these at Laughery Valley Co-Op at Correct, and then Holton North and Holton South base markers. ...... Mike Stratton.

Mr. J. S. Bilby, formerly Chief Signal Man in the Coast Survey died at his home in Osgood, Ind., on July 18th, 1949. Mr. Bilby had a long and meritorious career with the Bureau. He entered the service in 1884 and retired in 1937, at the age of 73. His most noteworthy accomplishment was the design and construction of the Bilby Steel Tower which is used by all triangulation parties now. Survey towers were used by U.S. Coast and Geodetic Survey surveyors from the mid-1800s through the 1980s to obtain the clear lines-of-sight needed to conduct the surveys that are the backbone of our nation’s spatial reference framework. One of the most enduring and widely used types of towers was the Bilby Tower, designed by Jasper Bilby in 1926.

I'm sorry to say that most links to Bilby towers are shut down until the the shut down of the government is open again. You can do a search for "Bilby Towers" at a later date.
Posted by Jack WB9OTX at Friday, October 11, 2013

Alvin Cullum York (December 13, 1887 – September 2, 1964), known also by his nickname, Sergeant York, was one of the most decorated American soldiers in World War I. He received the Medal of Honor for leading an attack on a German machine gun nest, taking 32 machine guns, killing 28 German soldiers and capturing 132 others. This action occurred during the U.S.-led portion of the Meuse-Argonne Offensive in France, which was part of a broader Allied offensive masterminded by Marshal Ferdinand Foch to breach the Hindenburg line and make the opposing German forces surrender.

Have you seen the movie ? Its great
Jack 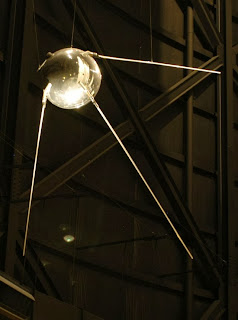 See some of my Sputnik posts from the past.
Click HERE
Posted by Jack WB9OTX at Friday, October 04, 2013

Make your own Logo
Posted by Jack WB9OTX at Wednesday, October 02, 2013 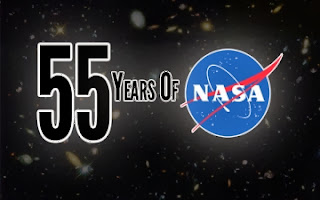