Why do we need leap years?


We need leap years to help synchronize our calendar with Earth’s orbit around the sun and the actual passing of the seasons.
Read More at Earth Sky 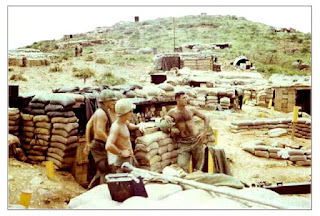 Lots of information and what I like, Good old music
Vietnam War Era Music
Billboard Top 100

Are solar storms dangerous to us? 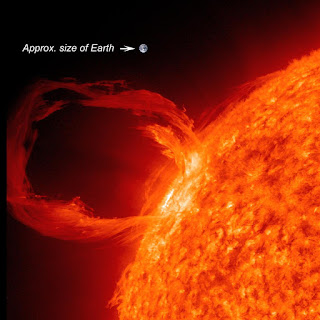 Storms on the sun can release charged particles that can travel up to several million miles per hour and sometimes strikes Earth. Is this dangerous?

A fun day in Ham Radio

I woke up at about 3am made a cup of coffee and turned on the radio. I don't usally get on the radio at that time of morning but I took advantage of the early morning hour. I tried 80 meters and 25 watts with JT65 digital mode. Called CQ a time or two and low and behold a VK gave me a call. This is middle Australia and a very rare catch on 80 meters, matter a fact the first in 45 years on that band, a nice catch. called CQ a few more times with no reply. I switched to 40 meters and worked a few European stations, but nothing from Africa. The sun was just about up. This means the grey line propagation is coming. I switched to 17 meters and called a few CQs with a few European contacts again nothing rare then an Asiatic Russian (UA9) called. Wow with that stoke of luck I called it quits and had a celebration cup of coffee and a bowl of granola cereal. I watched the TV news and read the local news on the computer. I checked into the Indiana Traffic net on 75 meters, nothing coming to my area so turned the rig to 6 meters. I called CQ a number of times with SSB and then put out a few CQs with JT65 but no takers, the band was dead as a door nail as it is most of the time. With that I left the rig on 17 meters so I could check it later on. All and all what a good radio morning. I will have an other look this evening - I hope my luck stays good...... Jack WB9OTX
Posted by Jack WB9OTX at Saturday, February 13, 2016 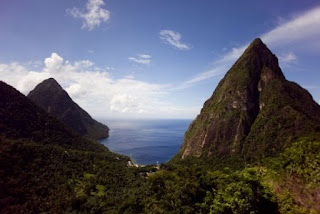 St. Lucia’s awesome scenery makes it a gem of the Caribbean, and a perfect spot for vacationing sun-seekers.
Read More at:
http://tinyurl.com/gq92mes 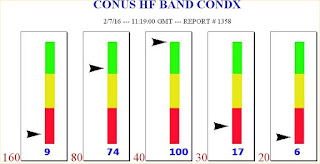 I have quite a large following of Ham Radio  Operators that visit my Blog each day. I do post things that are of interest to them. So others stand by, Stuff you like will be posted soon. Check back.

See what Ham Radio band is open past and present. 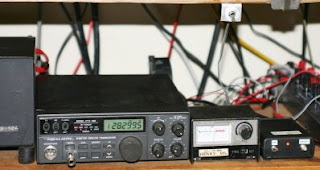