Is this a scam?

2009 – Citing declining sales due to the emergence of digital photography, the Eastman Kodak Company announced that it would discontinue sales of the Kodachrome reversal film, concluding its 74-year run as a photography icon.

Kodachrome is a brand name for a non-substantive, color reversal film introduced by Eastman Kodak in 1935.
It was one of the first successful color materials and was used for both cinematography and still photography. Because of its complex processing requirements, the film was sold process-paid in the United States until 1954 when a legal ruling prohibited this. Elsewhere, this arrangement continued. Kodachrome was the subject of a Paul Simon song and a US state park was named after it. For many years it was used for professional color photography, especially for images intended for publication in print media. Because of the uptake of alternative photographic materials, its complex processing requirements, and the widespread transition to digital photography, Kodachrome lost its market share, its manufacturing was discontinued in 2009 and its processing ended in 2010.
Read MORE


This year's Summer solstice also stands out because it will be followed shortly after by the largest "Supermoon" of the year. In the early hours of Sunday, June 23, the moon will officially reach its full phase and will be the closest to Earth that it will be all year.
Read More

SOMEONE IS LISTENING: ECHELON

SOMEONE IS LISTENING: The computers in stations around the globe are known, within the network, as the ECHELON Dictionaries. Computers that can automatically search through traffic for keywords have existed since at least the 1970s, but the ECHELON system was designed by NSA to interconnect all these computers and allow the stations to function as components of an integrated whole. 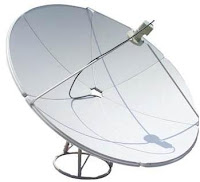 IN THE LATE 1980'S, IN A DECISION IT PROBABLY REGRETS, THE U.S. PROMPTED NEW ZEALAND TO JOIN A NEW AND HIGHLY SECRET GLOBAL INTELLIGENCE SYSTEM. HAGER'S INVESTIGATION INTO IT AND HIS DISCOVERY OF THE ECHELON DICTIONARY HAS REVEALED ONE OF THE WORLD'S BIGGEST, MOST CLOSELY HELD INTELLIGENCE PROJECTS. THE SYSTEM ALLOWS SPY AGENCIES TO MONITOR MOST OF THE WORLD'S TELEPHONE, E-MAIL, AND TELEX COMMUNICATIONS.

In October 2005, filmmaker William Lorton inherited two suitcases of 16mm home movies which his great uncle, James R. Savage, MD., shot while serving as a Flight Surgeon for the US Army Air Corps during World War II . The most compelling shot in the three hours of war footage was the crash landing of a Spitfire Mk XI fighter plane at Mount Farm Airbase in Great Britain. Being the flight surgeon at the base, Captain Savage was alerted to the impending accident and had the presence of mind to bring his movie camera to the landing strip.
Within 30 seconds of entering the Spitfire's tail number into Google, the filmmaker was able to ascertain the date of the crash, the location of the crash and the name of the pilot: John S. Blyth.
The filmmaker sent a letter to the pilot requesting a general interview about World War II aviation and received a positive response. He did not reveal the existence of the 16mm footage until the interview took place about two weeks later near Tacoma, WA. At the end of a three-hour interview about the pilot's World War II exploits, the filmmaker asked the pilot to review "about one minute" of footage. John S. Blyth was quite surprised to suddenly be watching his death-defying landing of 61 years earlier.

On this Day - Amelia Earhart

Amelia Earhart Flies Atlantic, First Woman To Do It; Tells Her Own Story of Perilous 21-Hour Trip to Wales; Radio Quit and They Flew Blind Over Invisible Ocean
Read MORE 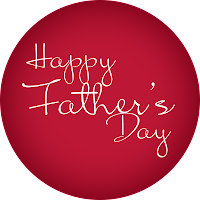 Sallie Gardner at a Gallop

Sallie Gardner at a Gallop is a series of photographs of a galloping horse, the result of a photographic experiment by Eadweard Muybridge on June 15, 1878. Sometimes cited as an early silent film, the series and later experiments like it were precursors to the development of motion pictures. The series consists of 24 photographs shot in rapid succession that were shown on a zoopraxiscope. Muybridge was commissioned by Leland Stanford, the industrialist and horseman, who was interested in gait analysis. The purpose of the shoot was to determine whether a galloping horse ever lifts all four feet completely off the ground during the gait; at this speed, the human eye cannot break down the action.
Read MORE
Posted by Jack WB9OTX at Saturday, June 15, 2013

I knew of Major Freeman, but I seem to dig a slight bit deeper into the news and current events than most. I post it here so a few more people can read about this true hero ....... Jack

You're critically wounded and dying in the jungle somewhere in the Central Highlands of Viet Nam .It's November 11, 1967.  LZ (landing zone) X-ray. Your unit is outnumbered 8-1 and the enemy fire is so  intense from 100 yards away, that  your CO (commanding officer) has ordered the MedEvac helicopters to stop coming in. You're lying there, listening to the enemy machine guns and you know you're not getting out. Your family is half way around the world, 12,000 miles away, and you'll never see them again. As the world starts to fade in and out, you know this is the day. Then - over the machine gun noise - you faintly hear that sound of a helicopter.You look up to see a Huey coming in. But.. It doesn't seem real because no MedEvac  markings are on it. Captain Ed Freeman is coming in for you. He's not MedEvac so it's not his job, but he heard  the radio call and decided he's flying his Huey down into the machine gun fire anyway. Even after the MedEvacs were ordered not to come. He's coming anyway. And he drops it in and sits there in the machine gun fire, as they load 3 of you at a time on board.Then he 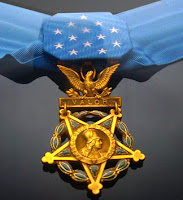 flies you up and out through the gunfire to the doctors and nurses and safety.And, he kept coming back!! 13 more  times!! Until all  the wounded were out. No one knew until the mission was over that the Captain had been hit 4 times in the legs and left arm. He took 29 of you and your buddies out that day. Some would not have made it without the Captain and his Huey. Medal  of Honor Recipient, Captain Ed Freeman, United States Air Force, died last Wednesday at the age of 70, in Boise , Idaho May God Bless and Rest His Soul.n I bet you didn't hear about this hero's passing,  but we've sure seen a whole bunch  about Lindsay Lohan, Tiger Woods and the bickering of congress over Health Reform. Medal of Honor Winner Captain Ed Freeman  Shame on the media !!!
Read MORE at Wikipedia

Is almost complete. It only needs the grass to come up now. The internal offices are all in operation now also.
For a pictorial record please look HEAR

D-Day beginning of the end

During World War II (1939-1945), the Battle of Normandy, which lasted from June 1944 to August 1944, resulted in the Allied liberation of Western Europe from Nazi Germany’s control. Codenamed Operation Overlord, the battle began on June 6, 1944, also known as D-Day, when some 156,000 American, British and Canadian forces landed on five beaches along a 50-mile stretch of the heavily fortified coast of France’s Normandy region.
The Normandy landings have been called the beginning of the end of war in Europe.
From:
History.com
https://en.wikipedia.org/wiki/Normandy_landings