Groundhog Day is a holiday celebrated on February 2 in the United States and Canada. According to folklore, if it is cloudy when a groundhog emerges from its burrow on this day, it will leave the burrow, signifying that winter-like weather will soon end. If it is sunny, the groundhog will supposedly see its shadow and retreat back into its burrow, and the winter weather will continue for six more weeks
Read More
Posted by Jack WB9OTX at Sunday, January 29, 2012

American actor Ernest Borgnine, when he was made an honorary chief petty officer of the United States Navy in October 2004. After being discharged from the navy after World War II and having no direction in his life, Borgnine began his acting career on the advice of his mother, who thought his personality was well-suited for the stage. This began a six-decade period mostly as a character actor on stage, film, and television. His most famous roles were as the lead inMarty, for which he won the Academy Award for Best Actor, the title role in McHale's Navy, and as a voice actor in the cartoon series SpongeBob SquarePants. 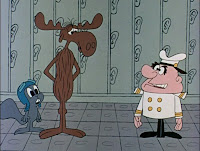 Rocky's personality was meant to be that of an upstanding, if slightly naive, all-American youth. As the brains of the "moose and squirrel" duo, Rocky often was shown as coming up with creative solutions to the various situations the duo found themselves in on their adventures. However, he is no less gullible toward Boris Badenov's and Natasha Fatale's disguises than Bullwinkle. The best he can do is to occasionally remark, "Those two look familiar!" or "That voice, where have I heard that voice?"
Read more
Posted by Jack WB9OTX at Friday, January 27, 2012

The more you know

Report of Solar and Geophysical Activity

Shōichi Yokoi, March 31, 1915 – September 22, 1997) was a Japanese sergeant in the Imperial Japanese Army (IJA) during the Second World War. He was among the last three Japanese hold-outs to surrender after the end of hostilities in 1945, being found in the jungle of Guam in January 1972, almost 28 years after the island had been liberated by US forces in 1944.
Read More
Posted by Jack WB9OTX at Monday, January 23, 2012

As many of you may already be aware, even without the passing of internet censorship bills SOPA and PIPA, the corrupt US Govt. has managed to shutdown Megaupload. It is our hope and our belief that this will not be permanent. As the 13th most visited website in the world, Megaupload has vast financial resources and top tier lawyers at their disposal. We expect their website to be back up soon. More details on this appalling act of corruption can be found here:
http://torrentfreak.com/megaupload-shut-down-120119/
Posted by Jack WB9OTX at Friday, January 20, 2012 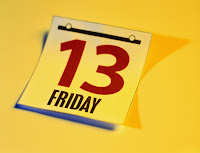 Friday the 13th occurs when the thirteenth day of a month falls on a Friday, which superstition holds to be a day of bad luck. In the Gregorian calendar, this day occurs at least once, but at most three times a year. Any month's 13th day will fall on a Friday if the month starts on a Sunday.
Read More
Posted by Jack WB9OTX at Thursday, January 12, 2012

Ever wonder when things go on sale at the grocery store? Well, stop guessing. Here’s your guide to grocery sale cycles for the entire year!
Click HERE
Posted by Jack WB9OTX at Thursday, January 12, 2012 If you are a Radio Amateur it is very important to know the solar flux numbers. Also if your worried about the end of the world you need to know what the sun is doing on a daily basis. As a Ham Radio Operator I view this page every day.
http://www.wm7d.net/hamradio/solar/index.shtml
Posted by Jack WB9OTX at Tuesday, January 10, 2012 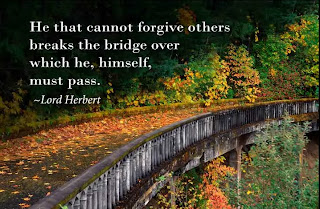 Five area food pantries are getting a helping hand from the Ripley County Community Foundation. Contributions of Main Source Bank employees were matched by Main Source bank.
Read the full story at eaglecountryonline.
Posted by Jack WB9OTX at Thursday, January 05, 2012