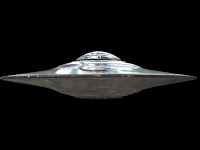 The Roswell UFO Incident involves the recovery of materials near Roswell, New Mexico, USA, on July 8, 1947, which since the late 1970s has become the subject of intense speculation, rumor, and questioning. There are widely divergent views on what actually happened and passionate debate about what evidence can be believed. The United States military maintains that what was actually recovered was debris from an experimental high-altitude surveillance balloon belonging to a classified program named "Mogul." Many UFO proponents maintain that a crashed alien craft and bodies were recovered, and that the military engaged in a cover-up. The incident has turned into a widely known pop culture phenomenon, making Roswell synonymous with UFOs. It ranks as one of the most publicized and controversial UFO incidents ever.

From wikipedia
Posted by Jack WB9OTX at Wednesday, July 08, 2009