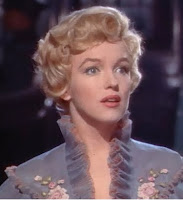 Marilyn Monroe was found dead in the bedroom of her Brentwood home by her psychiatrist Ralph Greenson after he was called by Monroe's housekeeper Eunice Murray on August 5, 1962. She was 36 years old at the time of her death. Her death was ruled to be "acute barbiturate poisoning" by Dr. Thomas Noguchi of the Los Angeles County Coroner's Office and listed as "probable suicide". Many individuals, including Jack Clemmons, the first Los Angeles Police Department officer to arrive at the death scene, believe that she was murdered. No murder charges were ever filed. The death of Monroe has since become one of the most debated conspiracy theories of all time.
More
Posted by Jack WB9OTX at Sunday, August 05, 2012