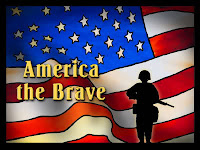 The day was created in 1949 to honor Americans serving in the five U.S. military branches – the Army, Navy, Marines, Air Force, and Coast Guard – following the consolidation of the military services in the Department of Defense. It was intended to replace the separate Army, Navy, Air Force, Marine Corps, and Coast Guard Days, but observance of these days, especially within each particular service, continues to this day.[11]

Because of their unique training schedules, National Guard and Reserve units may celebrate Armed Forces Day/Week over any period in May.