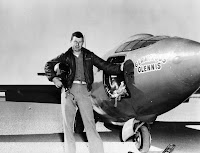 Charles Elwood "Chuck" Yeager (born February 13, 1923) was a brigadier general in the United States Air Force and a noted test pilot. On Oct. 14th, 1947, he became the first pilot (at age 24) to travel faster than sound in level flight and ascent. Originally retiring as a brigadier general, Yeager was promoted to major general on the Air Force's retired list 20 years later for his military achievements. - Click images for full size photo. Read the full story at:
http://www.medaloffreedom.com/ChuckYeager.htm 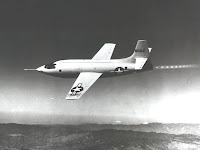