The Curse of the Bambino 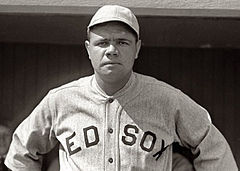 The Curse of the Bambino was a superstition evolving from the failure of the Boston Red Sox baseball team to win the World Series in the 86-year period from 1918 to 2004. While some fans took the curse seriously, most used the expression in a tongue-in-cheek manner. The curse was said to have begun after the Red Sox sold Babe Ruth, sometimes called The Bambino, to the New York Yankees in the off-season of 1919-1920. Before that point, the Red Sox had been one of the most successful professional baseball franchises,
Read the full story