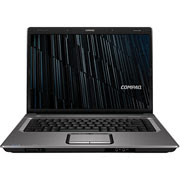 I just bout a a new Compaq notebook with Vista Home Premium, It has an AMD dual core proceser that runs at 1.7 Ghz. It has 1 Gig of memory. By the specks it should be a rocket compared to my old HP 4900, but its not. Why ? I'm trying to figure it out. Vista is somewhat the same as far as the user is concerned but the file system and deep down in the guts is much different. It is going to take some time to understand just what Bill was thinking about when he coded Vista. I find the built in wireless (WiFi) works much poorer and takes a lot of head scratching to connect. I find that it takes as long as five minutes to connect to my network from a cold boot-up even after it was configured to it. I'm going to put another 1 Gig. of memory in it and see if this helps to speed up the process. I do like the wide screen and light weight and the touch pad is very smooth. It took me 4 hours to un-install all the junk & trial ware that came installed on it. I crashed the OS completely in the process but I restored it from the 2 DVD disks I made then repeated the un-install process without a problem the 2nd time. Most all the big computer sales companies are too cheap now to provide the Windows OS on CD or DVDs. I bet it saves them at least 50 cents per machine. Make sure you burn the OS to dvd after you buy a new machine, believe me you're going to need them. I'm going to try a few things on this computer to get it going to the way I think it should be running. I'll keep you posted as the nightmare marches on...........jackDemaree.
Posted by Jack WB9OTX at Wednesday, August 29, 2007