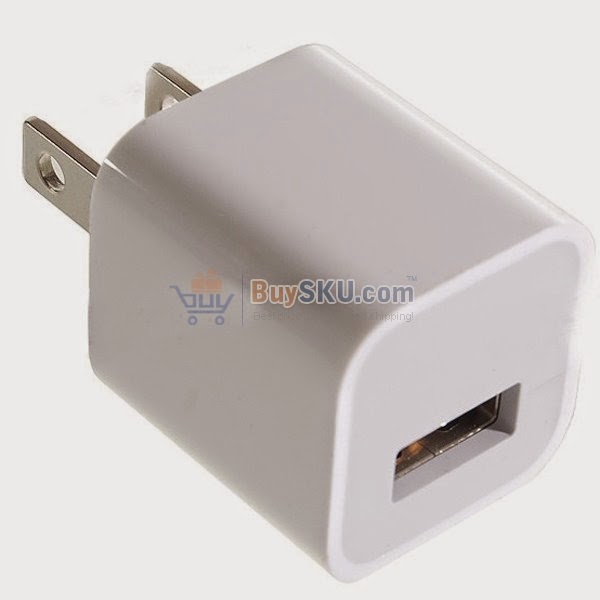 I needed 3 volts to power my newly acquired memory keyer that keys CW into the propagation beacon. The keyer came stock out of the box running on a 3 volt watch battery and if you use the keyer as it was intended for the battery would last over a year or even longer. My beacon transmits 24/7 and draws current 100% of the time. At first I soldered two AA batteries together (don't try that at home) to get the 3 volts and this worked perfect, but looked like sh** with the wires hanging out from the very small keyer case to the AA cells. A nice battery holder from Radio Shack would look slightly better but the wires still would be hanging out and looking sloppy. I slept on it and the next morning while looking in a few cigar boxes for a connector I seen the answer to my voltage nightmare,  It was a USB charging adapter. I really did not know the exact output voltage but the voltmeter was used and it stated it was 4.8 volts. I think these things are rated at 5 volts but this one is slightly shy of that. OK you say, I thought you needed 3 volts ? I wipped out the ol' soldering iron and dug out a resister and diode and in short time they were installed. A nice connector was installed on the case and low and behold my beacon is on the air and even looks good. ..... Listen on 28.299.5
Posted by Jack WB9OTX at Sunday, November 30, 2014