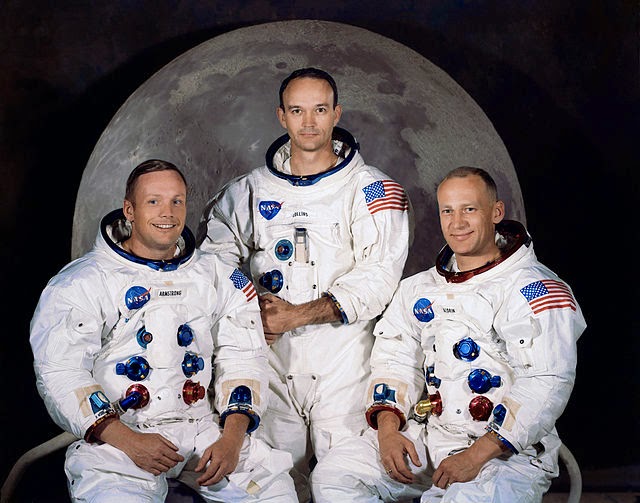 Apollo 11 was the spaceflight that landed the first humans on the Moon, Americans Neil Armstrong and Buzz Aldrin, on July 20, 1969, at 20:18 UTC. Armstrong became the first to step onto the lunar surface six hours later on July 21 at 02:56 UTC. Armstrong spent about two and a half hours outside the spacecraft, Aldrin slightly less, and together they collected 47.5 pounds (21.5 kg) of lunar material for return to Earth. A third member of the mission, Michael Collins, piloted the command spacecraft alone in lunar orbit until Armstrong and Aldrin returned to it just under a day later for the trip back to Earth.
Read the full article
See the TV that was sent from the moon