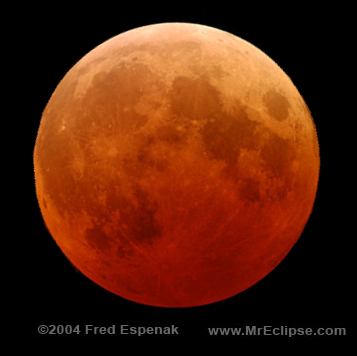 The Blood Moon Prophecy is an idea popularized by Christian pastors John Hagee and Mark Biltz that states the upcoming tetrad (a series of four consecutive total lunar eclipses, with six full moons in between, and no intervening partial lunar eclipses) which begins with the April 2014 lunar eclipse is a sign of significant things to come. Biltz believes that the Second Coming will coincide with the final eclipse of the tetrad, while Hagee only believes the eclipses are a sign of coming change in the course of history for Israel.
Read lots more
April 2014 lunar eclipse