Nuclear bomb on the Moon 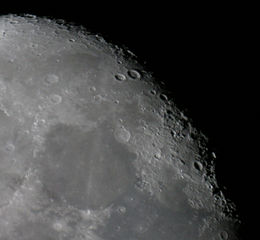 Project A119, also known as "A Study of Lunar Research Flights", was a top-secret plan developed in 1958 by the United States Air Force. The aim of the project was to detonate a nuclear bomb on the Moon to boost public morale in the United States after the Soviet Union took an early lead in the Space Race. The existence of the project was revealed in 2000 by a former executive at the National Aeronautics and Space Administration (NASA), Leonard Reiffel, who led the project in 1958. A young Carl Sagan was part of the team responsible for predicting the effects of a nuclear explosion in low gravity.
Project A119 was never carried out, primarily because a moon landing would be a much more acceptable achievement in the eyes of the American public. The project documents remained secret for nearly 45 years, and despite Reiffel's revelations, the United States government has never officially recognized its involvement in the study.