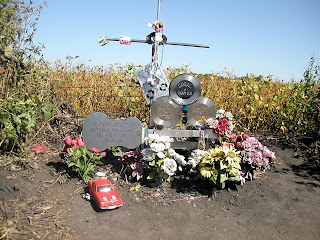 Frb. 3rd 1959 – Hours after appearing at the Surf Ballroom in Clear Lake, Iowa, USA, American rock and roll musicians Buddy Holly, Ritchie Valens, and J.P. "The Big Bopper" Richardson were killed when their plane crashed shortly after taking off from the nearby Mason City Municipal Airport.
Read the full story
Buddy Holly on YouTube
Ritchie Valens on YouTube
The Big Bopper on YouTube
Posted by Jack WB9OTX at Tuesday, February 03, 2009