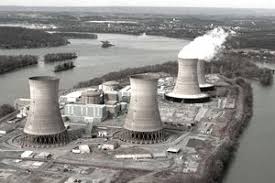 The Three Mile Island accident was the partial meltdown of reactor number 2 of Three Mile Island Nuclear Generating Station (TMI-2) in Dauphin County, Pennsylvania, near Harrisburg and subsequent radiation leak that occurred on March 28, 1979. It was the most significant accident in U.S. commercial nuclear power plant history.The incident was rated a five on the seven-point International Nuclear Event Scale: Accident with wider consequences
Read More

From Wikipedia, the free encyclopedia
Posted by Jack WB9OTX at Monday, March 18, 2019