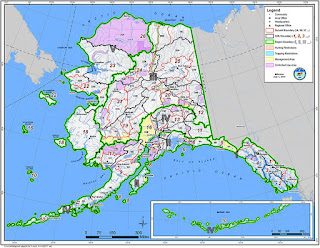 The Alaska Purchase was the United States' acquisition of Alaska from the Russian Empire on March 30, 1867, by a treaty ratified by the United States Senate, and signed by President Andrew Johnson. Reactions to the purchase in the United States were mostly positive; some opponents called it "Seward's Folly" (after Secretary of State William H. Seward), while others praised the move for weakening both the UK and Russia as rivals to American commercial expansion in the Pacific region. Alaska became a state Jan. 3rd 1959.