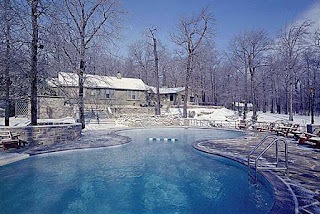 Camp David is the country retreat of the President of the United States. It is located in wooded hills of Catoctin Mountain Park near Thurmont, Maryland, about 62 miles (100 km) north-northwest of Washington, D.C.. It is officially known as the Naval Support Facility Thurmont, because it is technically a military installation, and staffing is primarily provided by the United States Navy and the United States Marine Corps.
Everything you ever wanted to know about Camp David.


From Wikipedia, the free encyclopedia
Posted by Jack WB9OTX at Thursday, August 17, 2017