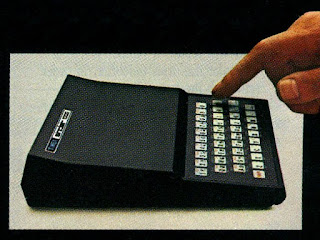 Above was my 1st computer in January 1981
The Sinclair ZX81 was a home computer released in 1981 by Sinclair Research. It was the follow-up to the Sinclair ZX80.The machine's distinctive appearance was the work of industrial designer Rick Dickinson. Video output, as in the ZX80, was to a television set, and saving and loading programs was via an ordinary home audio tape recorder to audio cassette. Like its predecessor it used a membrane keyboard. Timex Corporation manufactured kits as well as assembled machines for Sinclair Research. In the United States a version with double the RAM and an NTSC television standard was marketed as the Timex Sinclair
Posted by Jack WB9OTX at Friday, August 18, 2017