American satellite starts transmitting after being abandoned in 1967 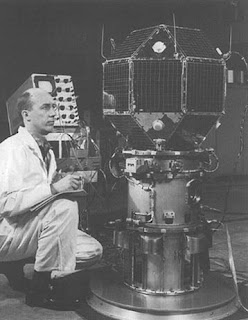 An American satellite, abandoned in 1967 as a piece of Space Junk has begun transmitting again after 46 years.

An Amateur Radio Astronomer in North Cornwall accidentally picked up the signal and after cross checking with various lists, has identified it as LES1 built by the Massachusetts Institute of Technology and launched in 1965. The satellite failed to reach its intended orbit owing to a wiring error and has been drifting out of control ever since.

Phil Williams G3YPQ from near Bude noticed its peculiar signal drift caused by its tumbling end over end every 4 seconds as the solar panels become shadowed by the engine. ‘This gives the signal a particularly ghostly sound as the voltage from the solar panels fluctuates’ Phil says.

It is likely that the on board batteries have now disintegrated and some other component failure has caused the transmitter on 237Mhz, to start up when its in sunlight.

LES1 is about the size of a small car, It is not likely to re-enter the atmosphere for a long time as the orbit is still relatively high. It poses no threat other than that caused by the thousands of other pieces of space junk in orbit.

Phil says its remarkable to think that electronics built nearly 50 years ago, 12 years before Voyager 1, and long before microprocessors and integrated circuits, is still capable of working in the hostile environs of space.

Listening to the signal you can easily imagine the craft tumbling over and over every 4 seconds and the transmitter starting up as the sun rises. He refers to the hobby as ‘Radio-Archeology’!