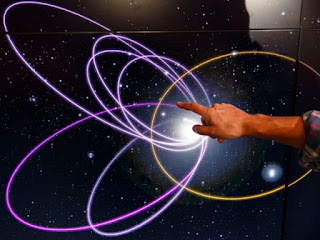 Planet Nine, as the astronomers have dubbed it, would be the first genuine planet discovered in our solar system since Neptune was found in 1846. (Pluto, found in 1930, was officially removed from the list of planets in 2006 by the International Astronomical Union.) And it’d be a big one. The model predicts that Planet Nine is five to 10 times the mass of Earth. Astronomers say it is possible such a substantial object could have eluded detection, because it allegedly lurks in the farthest outskirts of the solar system — moving in a lopsided path whose closest approach to the sun is still 40 times as far as Neptune. Each orbit would take upward of 10,000 years.
Read more at there page