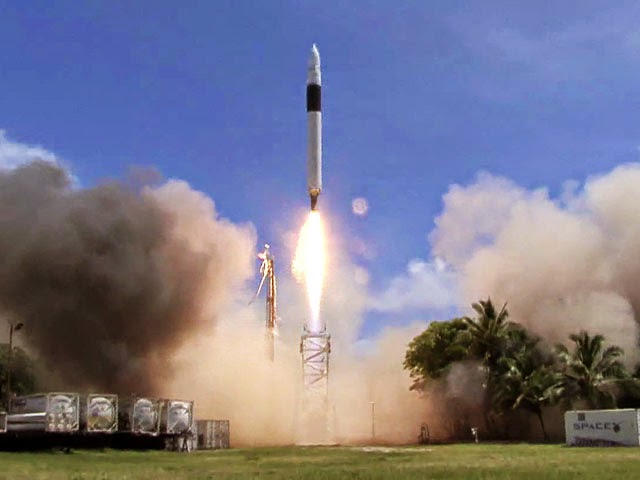 Space Exploration Technologies Corporation, or SpaceX, is a space transport services company headquartered in Hawthorne, California. It was founded in 2002 by former PayPal entrepreneur and Tesla Motors CEO Elon Musk. SpaceX was founded with the goal of reducing space transportation costs and enabling the colonization of Mars. It has developed the Falcon 1 and Falcon 9 launch vehicles, both of which were designed from conception to eventually become reusable. SpaceX also developed the Dragon spacecraft, which are flown into orbit by the Falcon 9 launch vehicle, initially transporting cargo and later planned to carry humans to the International Space Station and other destinations.
Read MORE

from wikipedia.org
Posted by Jack WB9OTX at Sunday, September 28, 2014