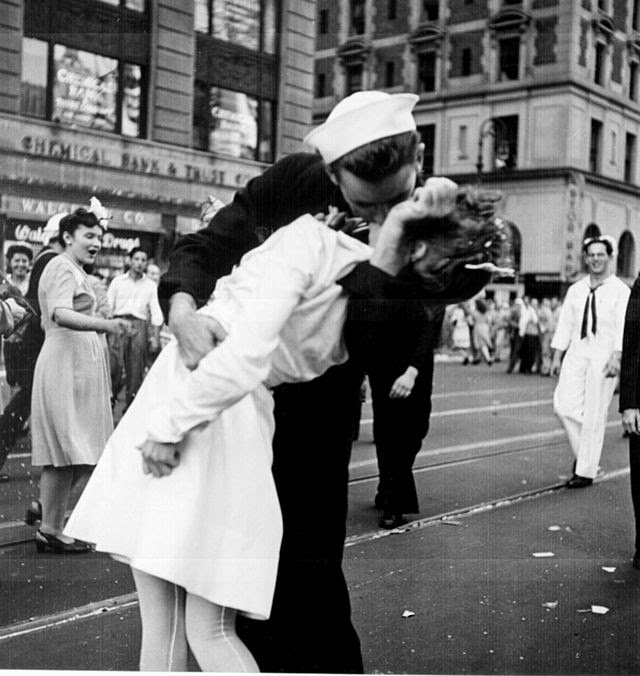 Victory over Japan Day (also known as Victory in the Pacific Day, V-J Day, or V-P Day) is a name chosen for the day on which Japan surrendered, in effect ending World War II, and subsequent anniversaries of that event. The term has been applied to both of the days on which the initial announcement of Japan’s surrender was made – to the afternoon of August 15, 1945, in Japan, and, because of time zone differences, to August 14, 1945 (when it was announced in the United States and the rest of the Americas and Eastern Pacific Islands) – as well as to September 2, 1945, when the signing of the surrender document occurred, officially ending World War II.
Read More
See a YouTube Video

From Wikipedia, the free encyclopedia
Posted by Jack WB9OTX at Friday, August 15, 2014