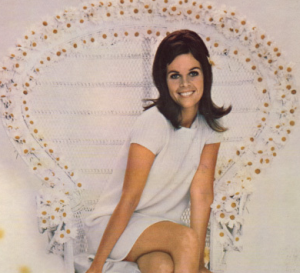 With the death of Andy Williams it brought to mind his wife Claudine. I always thought she was one of the prettiest ladies I've seen. I guess I am just attracted to little dark haired French girls. At any rate I did a Google search for information and a few photos of her ...... jack.

Longet and Williams met in Las Vegas in 1960 when she was 18 and he was 32. Longet was experiencing problems with her car and had pulled over to the side of the road. Driving by, Williams stopped to offer assistance. She was the lead dancer of the Folies Bergère revue at the Tropicana Resort & Casino. They married on 15 December 1961 in Los Angeles, and had three children: Noëlle (born on 24 September 1963), Christian (born on 15 April 1965), and Robert ("Bobby") (born on 1 August 1969). They legally separated in 1970 and divorced in January 1975. According to Williams, they remained "very good friends"
Read more about her
Posted by Jack WB9OTX at Friday, September 28, 2012