The Biggest and Meanest Dog in the USA is no more 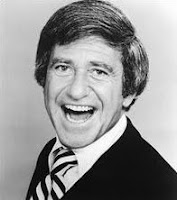 We have not only lost Soupy Sales 1926 – 2009, but White Fang as well. I can remember as a kid imitating the growls of White Fang.

White Fang, "The Biggest and Meanest Dog in the USA," who appeared only as a giant white shaggy paw with black triangular felt "claws" jutting out from the corner of the screen. Fang spoke with unintelligible short grunts and growls, which Soupy repeated back in English, for comic effect. White Fang was often the pie thrower when Soupy's jokes bombed. See White Fang on YouTube
Posted by Jack WB9OTX at Sunday, October 25, 2009