Built to "pull wheelies" in parades, Peggy is housed in Lawrenceburg behind glass so everyone can see it. https://www.roadsideamerica.com/tip/59391

Peggy was built in 1935 by Frank Taylor, who lived north of town and was a Mobil Oil distributor. That's where he got the winged red horse ("Peggy" is short for Pegasus) that he bolted to a Model T, which he modified to buck like a bronco. Peggy was the acknowledged "king" of the American Legion clown cars. Frank drove the car in hundreds of parades well into his eighties. 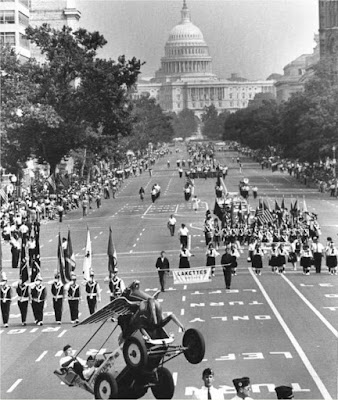