Victory in Europe Day MAY 8 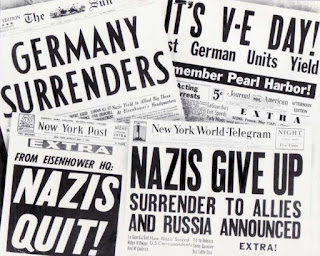 May 8th
Victory in Europe Day, generally known as V-E Day, VE Day or simply V Day, was the public holiday celebrated on 8 May 1945 to mark the formal acceptance by the Allies of World War II of Nazi Germany's unconditional surrender of its armed forces. It thus marked the end of World War II in Europe.
READ MORE

Image from nationaldays.net
Posted by Jack WB9OTX at Monday, May 08, 2017